Cdr. Fred McDaniel served in the South Pacific flying missions in the Gilbert and Marshall Islands during WWII. From 1947-49, he served as officer in charge of an air transport detachment in the Phillippines. During the Korean War, he served as a navigator onboard USS ORISKANY (CV-34). McDaniel was the XO on the USS ARNED (AKA-56) during Operation Deep Freeze II. Prior to retirement, Cdr. McDaniel served on USNS Vanguard (T-AG-194) assigned to the space program that supported Apollo XIII in 1968. Courtesy of the National Naval Aviation Museum in Pensacola, Florida. 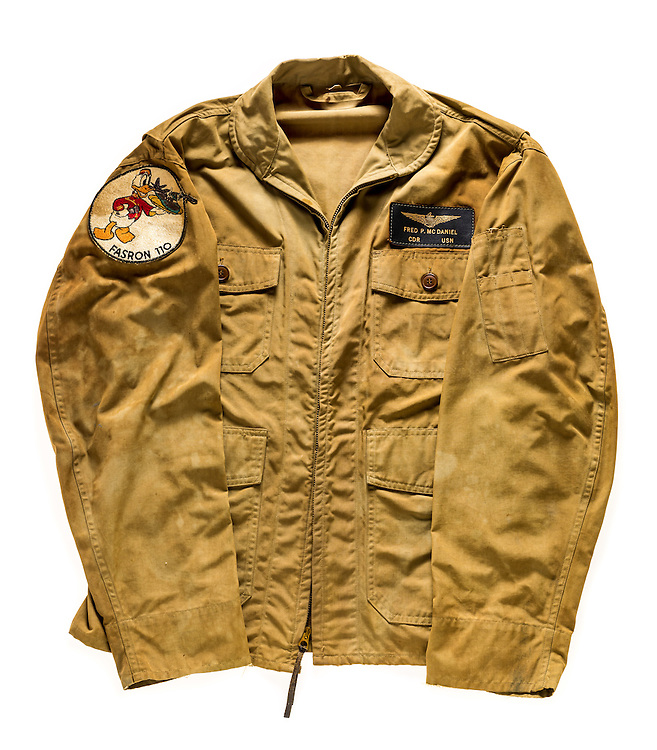