This type A-2 flight jacket belonged to Joseph F. Doyle, a navigator attached to the 570th squadron of the 390th Bomb Group. Doyle flew 30 missions over Europe as a member of the 570th squadron. On the back of the jacket Doyle painted his crews logo; a German soldier running away from a barrage of bombs. The “Skippy” and her crew flew 30 missions before crashing on their 31st mission, a raid on an airfield in Villacoublay, France, on February 5, 1944. One of the engines on “Skippy” burst into flames just after getting into formation and crossing the English channel. The pilot turned the plane around, and the crew bailed out successfully over the channel as “Skippy” crash landed in England, about 100 yards from the channel. 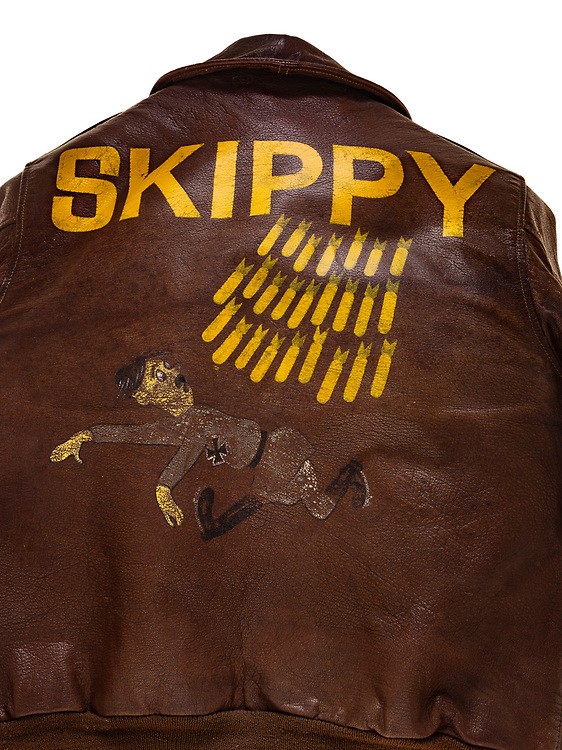